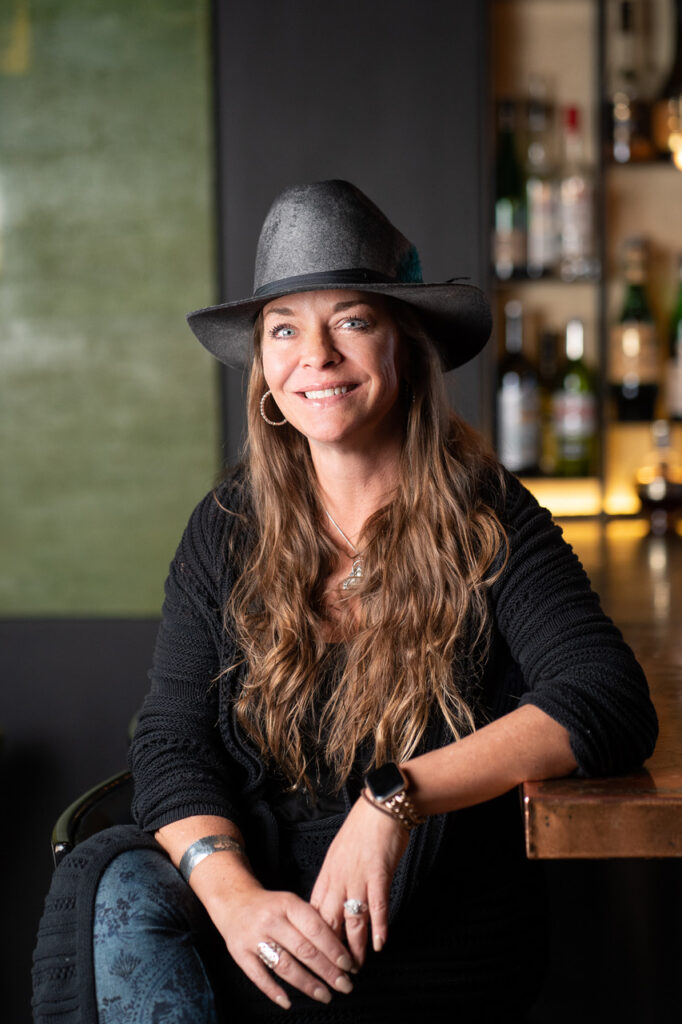 “I feel like all of the work i’ve done so far has come together in rioja,” she said. “as my first venture into ownership, i’m looking forward to applying all that i have learned to make rioja the best restaurant in Denver”

When people say the restaurant business is in your blood, Beth Gruitch is a believer.  Her great grandparents, three generations before her, must have passed down the gene. They owned and ran a diner, setting the standards that have led to Beth’s record of critical acclaim. “It doesn’t matter if you’re running a gastropub or a five-star restaurant,” she explains, “it’s all about being proud of the product you put out, and to that end, I have no tolerance for shortcuts – no matter what the restaurant concept.”

While Gruitch claims she simply “fell into” the restaurant business, destiny probably played more of a hand. After high school, the Colorado native learned the business from the ground-up, bussing and waiting tables, washing dishes, bartending and managing a restaurant office. The long hours and backbreaking work temporarily dissuaded her from pursuing a restaurant career, so she moved on to explore other options. She tried retail sales (drawing on her penchant for shopping) and taught pre-school (testing her infinite patience), until she was finally drawn back to the restaurant business.

Gruitch decided to supplement her hands-on experience with academic training before she seriously entered the competitive restaurant world. She earned a four-year business degree in Restaurant Hospitality from the University of Nevada, Las Vegas, and graduated with several offers on the table. She first took a job managing Boogie’s in Las Vegas, a fun and wild upscale diner, then managed DIVE!, the kitschy submarine-themed restaurant partnership between Steven Spielberg and Levy Restaurants.

Deciding it was time to expand her culinary horizons beyond diner food, Gruitch officially joined the ranks of Levy Restaurants in Chicago, managing some of the group’s high-end concepts like Bistro 110 and Voila. This was the turning point in her career where she realized she only wanted to work with people who shared her passion for food and wine and took pride in the product and service they offered.

Gruitch found herself back in Colorado and accepted the general manager position at Panzano in the Kimpton Monaco Hotel in February 1999, where she met chef Jennifer Jasinski. During their tenure at Panzano, the duo led the restaurant to the top of Denver’s culinary mountain – consistently named one of the top 5 Denver restaurants for food and service.

In 2003, Gruitch and Jasinski decided to leave their posts at Panzano to begin their first venture into restaurant ownership. The following year they opened Rioja, a restaurant in Denver’s Larimer Square with a contemporary design and Mediterranean menu influenced by local and seasonal Rocky Mountain ingredients.

Perhaps her business partner, Jasinski says it best. “Beth assures that all the best happens for the guests in all our restaurants. She makes sure we hire the best service staff, give them complete and thorough training and coaches them to perform.  She’s the reason people rave about our service.”

In April 2006, Jasinski and Gruitch purchased Bistro Vendôme, a classic French bistro directly across the street from Rioja. The pair opened Euclid Hall Bar and Kitchen in 2010, their third restaurant, focused on international pub food and craft beer. Euclid Hall was one of 5280 magazine’s top 10 new restaurants in 2010. In addition, Gruitch completed her level-one sommelier certification in 2007, continuing to keep her at the top of her game overseeing the beverage programs for all five restaurants. In 2014, the pair opened Stoic & Genuine, their fish house in Denver’s Historic Union Station, named to the Best New Restaurants and Best Restaurants lists at 5280 magazine. Their newest restaurant, Ultreia, features the foods of Portugal and Spain and opened to raves late 2017 in historic Denver Union Station including Westword’s Best Iberian Restaurant.

Over the years, Rioja, Bistro Vendôme, Euclid Hall, Stoic & Genuine and now Ultreia have been listed among the top restaurants in Denver by the Rocky Mountain News, 5280 Magazine and the Gabby Gourmet Restaurant Guide and Rioja has been annually awarded four stars by AAA since 2008 and Wine Spectator Awards.  2011 brought the release of Rioja’s cookbook, The Perfect Bite, 76 recipes from the Rioja kitchen. In 2020 the Crafted Concepts restaurants were honored by the James Beard Foundation with a semi-finalist nod in the Outstanding Restaurateur category. Beth was inducted in the Colorado Restaurant Association Hall of Fame in 2022.

Busy with staffing, wine lists, cocktail menus, accounting and logistics for five active restaurants, Beth still finds time to be involved in the myriad charitable events in which her restaurants participate and serves on the executive board of Denver Civic Ventures at the Downtown Denver Partnership, Colorado Restaurant Association and EatDenver. She lives in Sunnyside with her partner David and boss-of-the-house bulldog, Winnie.

FOR MORE INFORMATION, OR TO SCHEDULE AN INTERVIEW, PLEASE CONTACT THE IMBERGAMO GROUP AT 303.534.0567